Get fired up for Fireworks, Fiesta and "The Biggest Small Town Fourth of July Parade in Texas"!

Seguin, Texas - Work hard. Celebrate BIG! It's hard to find a more spirited community than Seguin when it comes to our Independence Day Weekend traditions. The entire holiday weekend is basically one big patriotic party. We hope everyone comes out to enjoy each and every special event. 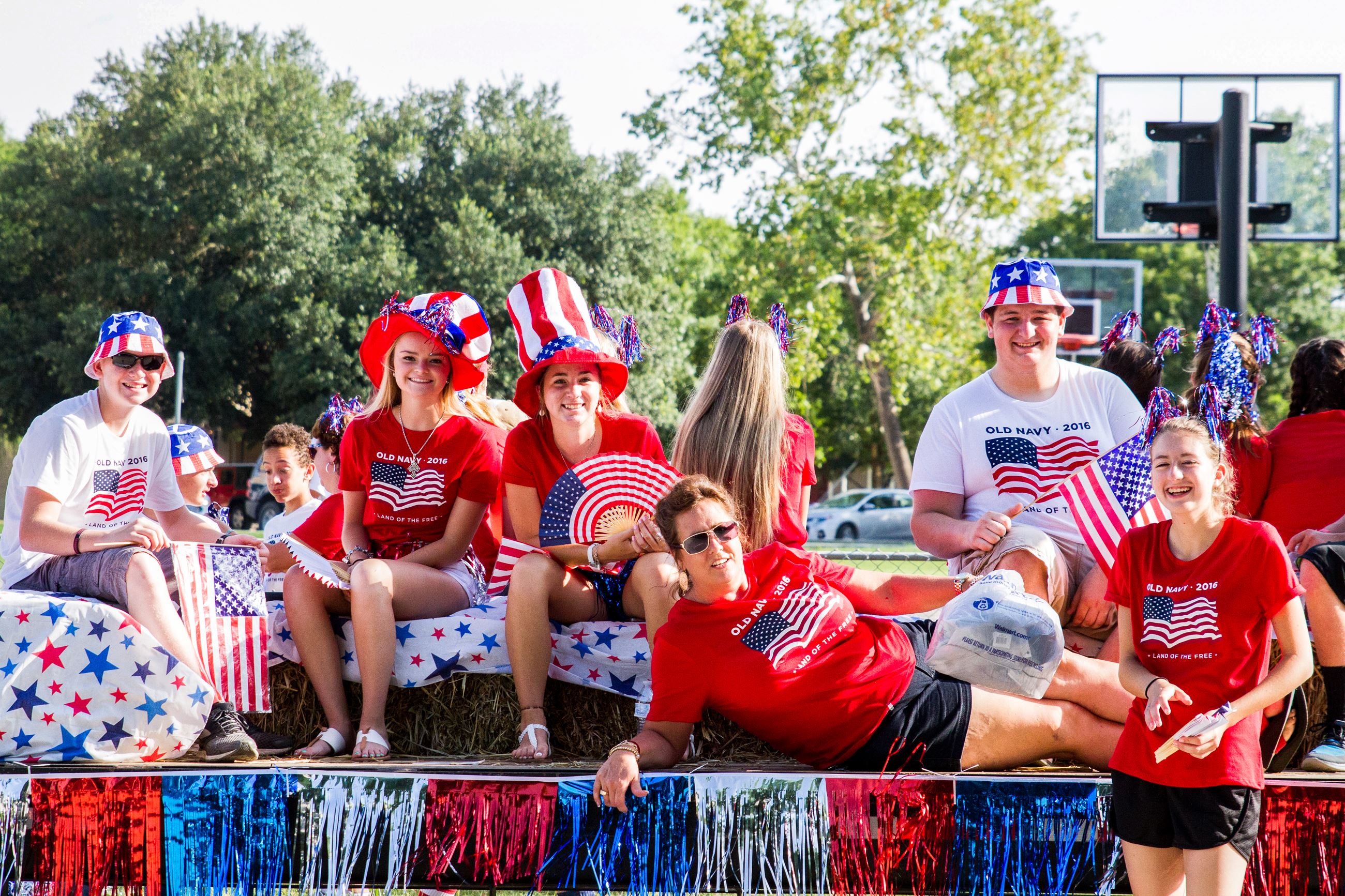 The fun begins on Saturday, July 1st with Freedom Fiesta hosted by local radio station, KWED 1580. The celebration is from 6 pm - 11 pm held in Central Park in downtown Seguin and includes a live performance from the Jumpstart variety band, great food, cold beer, and time to connect with the whole community.

Join us for the final concert Sunday, July 2nd in our 2023 Central Park Concert Series. The San Antonio Symphonic Band will play a medley of patriotic tunes in Central Park. The concert begins at 7 pm Bring your lawn chairs and beverages of choice.

Presented by H-E-B, Teijin Automotive Technologies and Niagara Bottling, Inc., the night sky will light up with a fireworks display starting at 9:30 pm The best views are from Starcke Park and the surrounding area. This should be the biggest show Seguin has ever seen - so you don't want to miss it.

Independence Day begins with the annual Flag Raising Ceremony in Central Park at 9 am. Music, speakers, pomp and circumstance will remind attendees of the significance of the day.

Crowds of flag-waving people will line Austin Street for the annual parade. The floats roll at 10 am. Past crowd estimates have exceeded 10,000. There will be more than a hundred parade entries including floats from local businesses, elected officials, churches, schools, military representatives, and more.

The City of Seguin asks parade attendees to not block parade route sidewalks with chairs and other items until the morning of the event. To allow for the best parade viewing experience, drivers are asked to not park along the parade route, which includes Austin Street from East College to Nelda Street.

If you plan to save a spot to watch the parade, we ask that you don't put chairs or other place-holders on any sidewalks or streets. Items blocking sidewalks prior to the morning of the parade could be removed by city staff.

If you would like to submit an application (PDF).