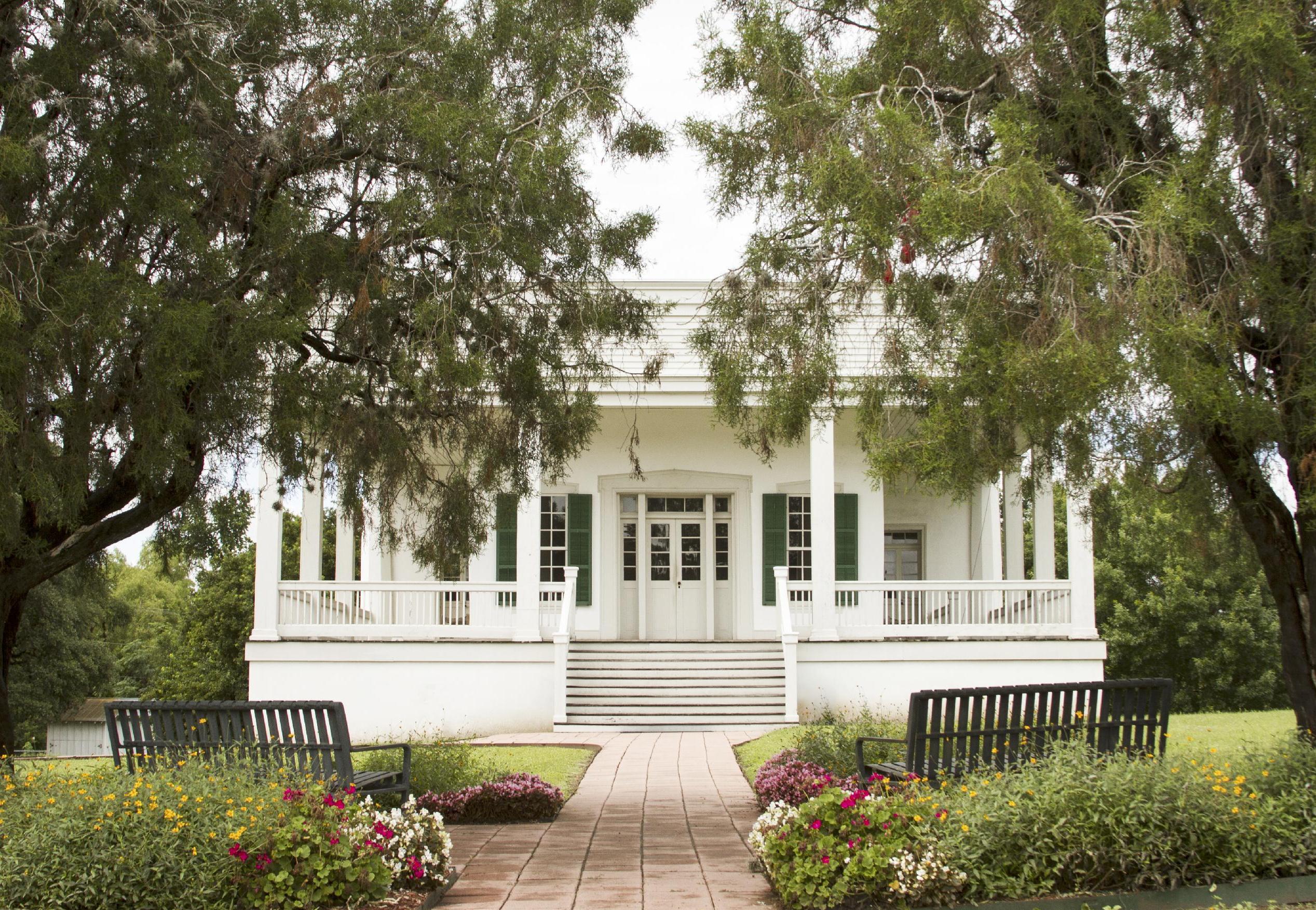 Seguin is one of the oldest towns in Texas. In 1838, a group of frontier Rangers laid out a settlement among beautiful live oaks beside Walnut Springs on the Guadalupe River. They soon named the town for Col. Juan Seguín, a Tejano who fought beside the Anglo settlers against the brutal Mexican dictator Santa Anna. During the remaining years of the Republic of Texas, many settlers arrived from the South hoping to establish cotton plantations. Some say the Old South ended here because few plantations, if any, took root west of those built here. An early census showed that some 30% of the county's population was African-American slaves.

Meanwhile, the frontier town was a center for experimentation with using concrete as a building material. By the late 19th century, about one out of 10 structures here was made of the locally invented "limecrete." As a result, this small town had the greatest concentration of concrete buildings in the country! (A big city back East may have had a larger number in total, but this possibility cannot be proved or disproved.) Only about 20 of these rare concrete relics survive today including Sebastopol House Historic Site.

Immigrants from Germany began to pour into the area during the 1840s. They came in a steady stream throughout the rest of the 19th century, briefly interrupted by the Civil War, from 1861 to 1865. Beginning in 1848 until after the railroad arrived in 1876, stagecoaches made an overnight stop at the Magnolia Hotel, on the route from Indianola and Port Lavaca on Matagorda Bay to San Antonio. For many decades, King Cotton ruled hereabouts, and the town's prosperity largely depended on the surrounding rich farms and pasture lands. Then in 1930, the discovery of the Darst Creek Field set off an oil boom. Other boom-towns sprang up like gushers and as quickly fell into decline. But because Seguin was already an established city, it survived its oil boom and accumulated a prize collection of civic buildings and park facilities from the period. New industries arrived after World War II.

The beautiful Guadalupe River cuts through the city's south side. A fine public park was built alongside it beginning during the Depression years when Seguin enjoyed its oil boom. A scenic drive lined with picnic tables shadows the river for a mile or so, bordered by an 18-hole golf course. Nearby are the fairgrounds, volleyball courts and ballparks.

Both Interstate 10 and a mainline of the Union Pacific pass through the town's north side, where most manufacturing is located. The heart of the city is filled with fine old homes in traditional neighborhoods, and the city is ringed by contemporary residential developments as well. In addition, just outside the current city limits, hundreds of handsome riverfront homes sit along the shores of Lake McQueeney, Lake Placid, and Meadow Lake on the beautiful Guadalupe River.